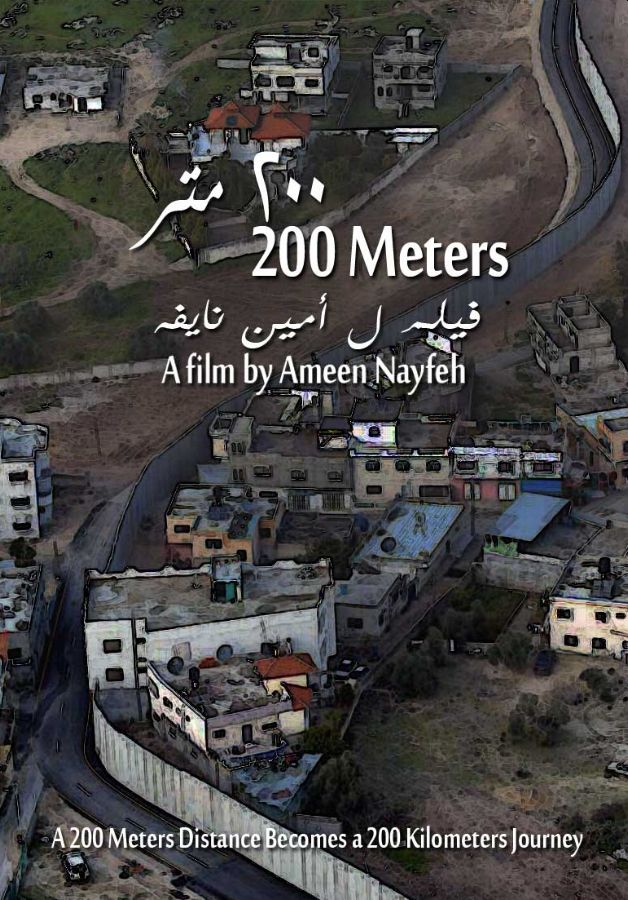 Two hundred metres can fast become two hundred kilometres when walls are built and common sense falls short. This is the crux of the 32-year-old Palestinian director Ameen Nayfeh’s first work, which enjoyed its world premiere in competition within the 77th Venice Film Festival’s Giornate degli Autori line-up. A road movie set against the backdrop of a social and family drama, 200 Meters [+] is the story of a Palestinian family separated by the barrier built by Israel on the West Bank, and of a father’s odyssey to reach his young son who has been injured in an accident on the other side of the wall.

Mustafa (the iconic Palestinian actor Ali Suliman, recently seen in It Must Be Heaven, his wife Salwa (Lama Zreik) and their two children are an affectionate family. We see them in the privacy of their home, eating and playing together. But then we watch Salwa and the children climb into a car and drive off because, actually, this family doesn’t have one home, but two: one on either side of the divide. Work-related reasons, and Mustafa’s refusal to accept an Israeli identity card, prevent the couple from living under the same roof. That said, they barely live two hundred metres away from one another. Every evening, they look at one another from afar, over the top of the cement curtain separating them, and say goodnight from their balconies by flicking their lights on and off.

On the day his son ends up in hospital, Mustafa is denied permission to enter Israel. As such, he’s obliged to embark upon a long journey to cross the border illegally, helped by expert ferrymen and a considerable sum of money. A journey that’s two hundred kilometres long, to be precise, and all to cover a distance that would otherwise be two hundred metres! A desperate race against time ensues, during which a variety of characters come onto the scene, needing, for one reason or another, to get to the other side, much like Mustafa. Among these is a young, German filmmaker (Anna Unterberger) who’s making a documentary and who maintains a certain degree of ambiguity throughout the entire journey, adding a touch of suspense to proceedings (she claims to be of Palestinian origin, yet speaks Hebrew), as well as acting as a helpful external element who the director uses to slip certain details into the film and who further allows him to create specific dynamics.

200 Meters shows the impact that a wall can have on people’s daily lives, the ill-feeling it creates between couples, the discomfort suffered by children and the difficulty of living and working normally: it’s no doubt the same story for thousands of Palestinians. But, after overcoming a million obstacles, it’s Mustafa’s liberating smile that leaves its mark on the viewer, a symbol of resistance, dignity and hope.